The partially-dried grapes were crushed towards the middle of January and the fermentation was initiated immediately using selected yeasts (uvarum). Fermentation proceeded slowly at low temperature and the wine was racked after 60 days on the skins with the residual sugar level still at 40 g/l. After ten days it was racked again, off the gross deposit. 25% of the production was put in new Slavonian oak barrels of 12 and 25 hl capacity; another 25% was put in American oak barriques and French oak tonneaux, the remainder going into second-passage tonneaux. Assemblage took place after 24 months in wood. Bottling took place in May 2005.

The wine, of garnet-russet hue, is slightly sweet, warm, robust, full, harmonious, velvety with a most satisfying touch of bitterness. It is the ideal wine with game and has no rivals as an accompaniment to hard cheeses. But its most characteristic role is as an after-dinner wine, for sipping in moments of intimacy, or for fuelling lively post-prandial conversation. It should be opened at least two hours before consumption and consumed at ambient temperature. It is the classic wine of friendship.

TECHINICAL SPECIFICATIONS OF THE PRODUCTION OF AMARONE:

Amarone Classico Bertani is a timeless wine that expresses the unique style that Bertani has always dedicatedly pursued. It is a classic style that does not need to change because it is always up-to-date. Amarone is made from Corvina and Rondinella grapes grown in the Tenuta Novare  hills, in the heart of the Valpolicella Classica area, in vineyards devoted entirely to producing drying grapes. Bertani has been making Amarone Classico Bertani since 1958, it is the perfect harmony between time, nature and man: we devote all of our know-how and our passion to it, with a long waiting period and great care. The grapes are set aside to dry on the "aréle" (racks made from bamboo canes), according to the traditional production method. Fermentation in concrete and ageing in large barrels for at least six years give it a stable structure, making it one of the longest-lived red wines in the world.

This wine is closely connected to the greatest wine of Valpolicella: Amarone. After pressing the dried grapes from which Amarone is made, the Valpolicella wine is passed over the still warm marc of Amarone. A second alcoholic fermentation begins which increases the alcoholic content and the wine becomes richer in colour, bouquet GRAPE VARIETY 85% Corvina, 10% Rondinella, 5% Oseleta. VINIFICATION The grapes are de-stemmed and macerated in stainless steel fermenters for 10-12 days. Once the alcoholic fermentation is completed, the new wine is separated from the skins by light pressing and conserved in large oak casks of 54 and 75 hectolitres until February; this is the period in which the dried grapes are pressed to produce Amarone. At this point, the Valpolicella is passed over the marc of the Amarone for a period of 7-8 days at a temperature of 25-28°C. The wine is aged for 18 months in 500 lt. oak casks and barrels. GASTRONOMICAL COMBINATIONS Excellent companion to game dishes, grilled meat and roasts, salami and aged cheeses 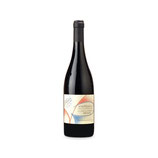 this wine is made from Corvina, Corvinone and Rondinella grapes which are carefully handpicked during the month of October from vines in the Valpolicella Classica area in the towns of Marano di Valpolicella, San Pietro in Cariano and Negrar. The vineyards are at a height of 150 to 350 metres above sea level. Every year we produce from 18000 to 20000 bottles of Valpolicella Ripasso which are sold using Burgundy bottles of 750 ml, sealed with a natural cork. Valpolicella Ripasso is a clear, vibrant ruby red colour with an intense and complex bouquet of red fruits, such as raspberries, cherries and morello cherries which evolves into a spicier flavour of vanilla and cloves. It has a crisp, tannin taste which coats the palate with a gentle warmth and a pleasant dry aftertaste. The suggested serving temperature is 18° C. The wine goes well with rich first courses, red meats and with cheeses that aren’t too mature. It also goes well with lasagna.